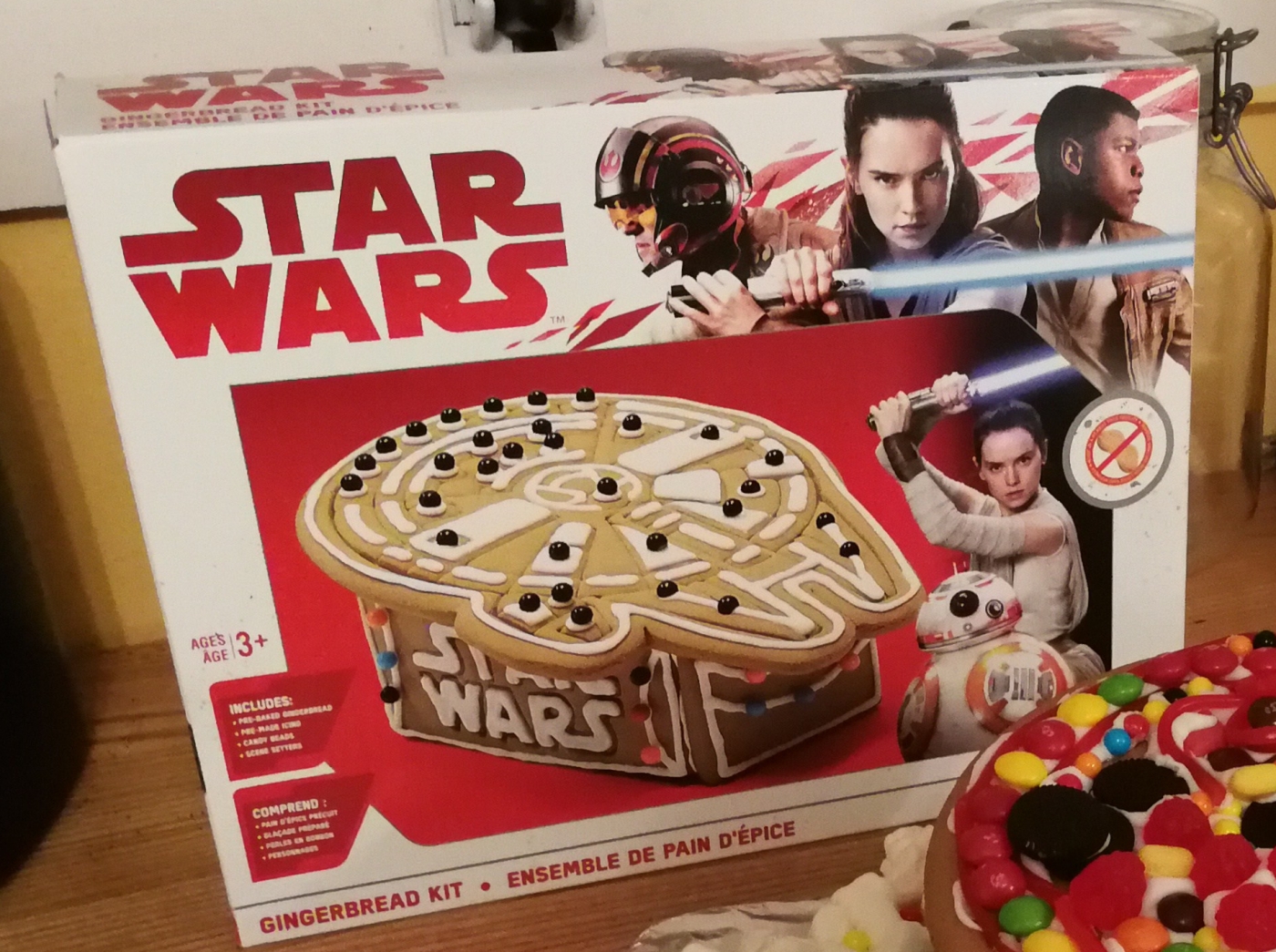 I am indeed grateful for many things in my life, but this season, I am particularly and surprisingly grateful that some of the food we buy is not…really food.

Sometimes, as an allergy parent, a near or complete lack of natural food products is a big old win. If there’s nothing real, there’s nothing to trigger a reaction.  If it’s good and processed, it might be processed enough that the body doesn’t even recognize it anymore.  I’m not saying it’s good all the time. I know carnauba wax is NOT something one should consume in any great quantity.  But…sometimes…it’ll do the trick.

You see, my five-year-old was PUMPED to make a gingerbread house. My two-year-old, fuelled by her brother’s enthusiasm, also had visions of candy construction dancing in her head. But…I am not a gifted or patient baker. Life is currently pretty full of life-type stuff, and I had no idea how to make vegan icing harden enough to be used as adhesive. I do have a vague memory of my mother fusing gingerbread together with some kind of melted sugar concoction, but a significant part of that memory is actually her swearing as she burnt the crap out of her fingers while the pieces slid apart. In my memory, whatever she used was the candy equivalent of hot glue…my crafting arch nemesis.

I was determined to find a solution that was safe for my daughter, without being a huge pain the ass. There had to be something.

And there was! Was there ever!

After a month or so of calling around natural grocery stores, pestering alternative bakeries, and scouring the depths of Pinterest for a vegan gingerbread house that I could and would actually make, the clouds parted and a miracle occurred.

On a windy, miserable day at ToysRUs, as I debated between Thomas the Tank Engine and Paw Patrol advent calendars (three days into December…because I’m cheap and they’re on sale if you buy them late), I glanced to the left and found this magical answer to my problem: 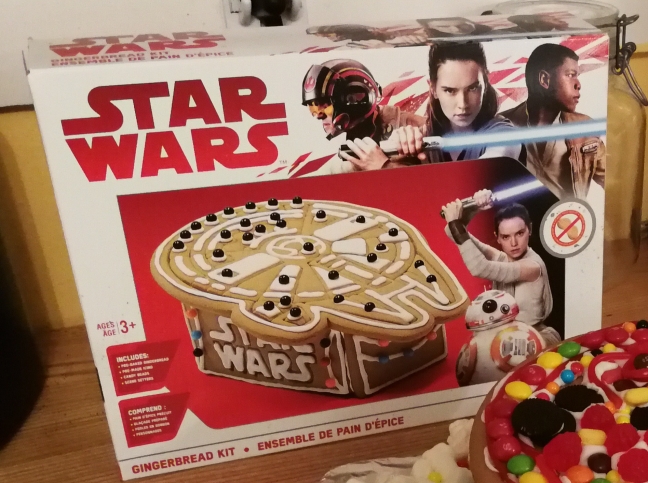 It was peanut free, dairy free, egg free, the icing and candy balls were pretty much just sugar with some weird binders and oil, and it totally blew my five-year-old’s mind.

I don’t know if the kit was strictly vegan and it’s definitely not advertised as such, but a good close look through the ingredient list confirmed it. There was little to no food in that “food.” Juuust unnatural enough not to be a threat. Score!

The results (sneak peak in the lower right corner there) were a little more abstract than the box, but it was super fun!  Got a pile of safe candy from the grocery store, some old stale marshmallows (for snow on Hoth that turned into clouds on Takodana), and went to town.